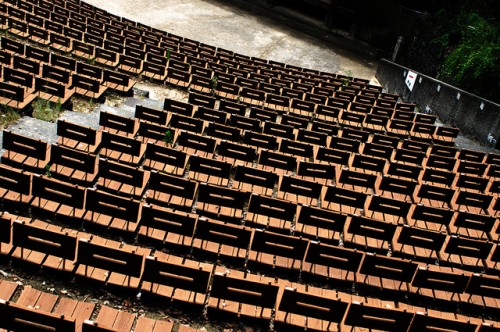 The past couple of years have been really really hectic. Snowden leaked sensitive information, the Eurozone has on-going economic problems, the UK and USA are virtually police states, the NSA and GCHQ are spying on most internet users, there has been widespread protests across the world (Brazil, UK, USA, Siria, etc… “we are the 99%” anyone?). Just last week Glenn Greenwald was detained for 9 hours at Heathrow airport as being a “terrorism suspect”. What on earth is happening?

A bug has been found, or more like hundreds of bugs, and they have been unfixed, even though the issues have been raised.

Typically, socio-political changes occur on a massive scale. Democratic republics become dictatorships, whole countries become communist states, just to turn back a few decades later. When a government breaks down, a massive change is sure to ensue.

So why don’t we implement a system of incremental changes to prevent such breakdowns in the first place? Is it really so hard?

Most large companies with web products have bug reporting systems or community forums. In some cases the community is involved in developing the changes that are required, which then get pushed to the main code repository. Ubuntu, Google Chrome (Chromium), WordPress, Eclipse, OpenOffice, Android, and others are examples of this. Some other companies are very open to public opinion and offer bug trackers or forums to track issues, for example: Github, MySQL, etc.

Some companies out there lack an effective means of communication, or don’t really care about what the majority of their customers think. Example: Microsoft. They screw up one version of windows, then they listen to feedback and produce a good version, then they think they can handle it from there and produce an aweful version, recognise their fault and open their channels again, and so on.

Another example is Facebook. They keep pushing unnecessary UI updates to their users, who are very pissed off. They want the core part of the UI to remain as-is. If it is not broken, don’t fix it.

Quite a few governments seem to take this stance as a philosophy: We know what is right, let’s fake some listening on our behalf but keep pushing our changes. They are not listening, and it has been backfiring on them these past few years.

The world changes fast, our societies change fast, why can’t the government change fast as well? If I was in charge, the first thing I would do would be to open-source the tax laws, the constitution, and other important legal documents. Why? The people know what is best: The majority will vote, the best ideas will be upvoted, releases can be scheduled on a yearly or bi-yearly basis, ensuring everything is kept up-to-date.