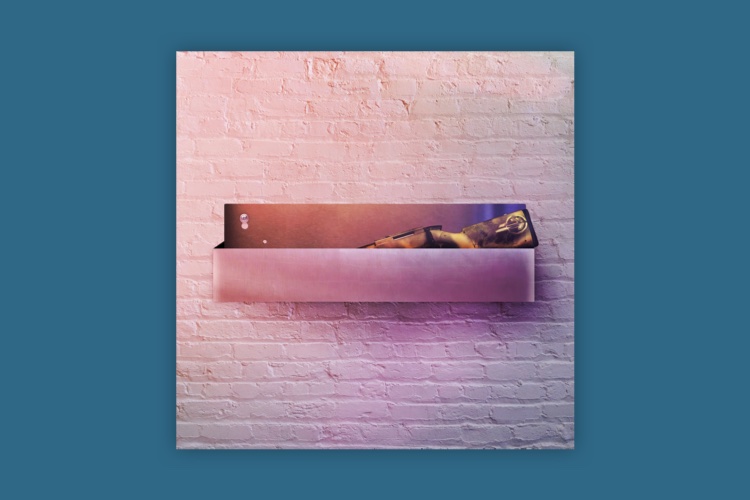 Making an album is always a weird, convoluted process.

For some people it might be a week at a studio recording previously rehearsed material, for others it might be sitting in front of a computer computer every night for weeks with a midi keyboard and a bunch of VST, but for this album the process was very different to how I usually work.

It started off as a demo I made back in 2005 using Mod Plug Tracker. I made 5 tracks, all using samples, from pianos to basic kicks and snares, and a few choirs and synths interspersed.

I forgot about it for 3 years, then in 2008 I made a feeble attempt at mastering the tracks to put them on Spotify. I say feeble as I didn’t have much knowledge of audio engineering and production back then.

Then in 2018 I got to work re-releasing all my previous material on Spotify, iTunes, etc. I briefly re-visited and remastered a bunch of albums, but when I got to this one from 2005 (titled 22″ Speed Rail), I listened to it a couple of times and realised it had potential.

It sounded like nothing on the scene at this time. And it brought me back to when I wrote that music; I was a big fan of Linkin Park, RHCP, Limp Bizkit, POD, Papa Roach, Korn, and others at the time, and when I initially laid down those tracks I wanted to make something vaguely electronic, but with strong guitar riffs.

Now, my main tool was Mod Plug Tracker, I had no microphones, and I didn’t have much knowledge of recording guitars; so the end result was something akin to a backing track.

I then exported all the original tracks from each .it file and imported each one into new Ableton Live projects. I spent a couple of hours working on the first one: All the Other Times. I added guitar riffs, added quantization for the backing tracks, added VSTis to widen the sounds, added compression and limiters, and started layering new drum tracks and bass riffs.

I started really enjoying what it was turning into.

And this small project which was intended to be a “re-release of a 13 year old album with some heavier riffs, like I wanted to record it back then” quickly turned into “hey, I can make an album out of this”.

So I went digging through other albums for discarded songs, and video sketches I had made years before, and found a few that sounded similar to the style I was trying to craft into the album.

I decided to make the theme of the album about relocation, about changing over time, the mind, addiction, pain, and recovery. More importantly, it was about friends, and moving on. And most of the lyrics would revolve around these themes.

I grouped all of these tracks and recorded a few drafts for new songs, and worked on them every day for the following 3-4 months.

It was an arduous process, it always is. I went through the usual roller-coaster of “this is crap, I’m throwing it all away”, to “this is the best thing I have ever made”.

Subtle changes to the mix can change everything during the recording process.

At some point in time I had songs with rap lyrics, distorted guitars, funky electronic bass lines, clean pianos. It was a bit chaotic.

So I set out to do something I had not done before: Ask for feedback.

Usually by this stage I just kinda wrap-up, do a half-arsed attempt at mastering, and release it, knowing it’s not what I wanted to do, but it was “good enough, I guess”.

But this time I wanted to make something I was proud of, something I can release and not be afraid to share it with friends or family. Something I can listen back to in a few years and say “Woah”.

So I released a rough alpha version and asked a few friends and colleagues to do an “MR Review”. In the programming world, an MR or PR review is when you write code and make a “pull request” which is a request to merge in your changes to the main code base. Then your peers can review your code and request changes, give props, and make comments.

I got my feedback after a few days, then took a couple of weeks to make those changes. I then released a beta version and sent it to one more friend who hadn’t listened to the alpha (a musician I greatly respect). He only had 3-4 comments to make which was a blast for me to listen to, I was expecting another massive list of changes.

So I made those changes and decided it was time to chill out for a few weeks and come up with a release plan. As I said earlier, it would have been way too easy to be all excited and just click that publish button. But I wanted to do things properly, whether people listen to it or not, I wanted to make a few interesting ads, release a single, record a video, contact people in the industry, etc.

And this is what led to the release of the album.

It’s always a journey but you don’t start out thinking “I’m going to make an album”, sometimes the start is just a song, or an idea, or an old album that you thought you could improve.

Thanks to everyone that helped out, as well as those who sent me comments, it inspires me to keep going and record new material.