Today I paid a visit to Pancho Villas in Merchant City, Glasgow, Scotland for a nice lunch. I would like to give a few of my thoughts on the place as a “Mexican” restaurant in Glasgow. The style was very Mexican, all the staff seemed to be Scottish however, but the ambience was captured in quite a stylish 20’s Mexican style. The façade, from both outside and inside was quite nice and spacious: 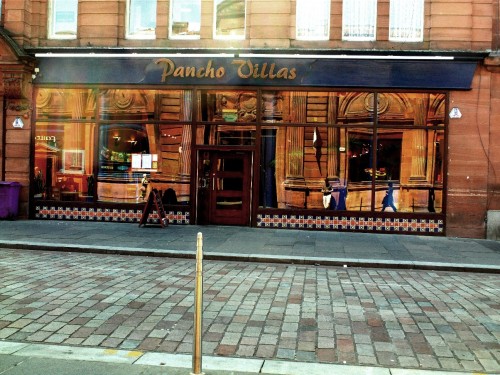 I ordered a Negra Modelo beer, and tacos de barbacoa. While I waited, they brought me traditional totopos with sauce. The sauce was mild in comparison to traditional Mexican red sauce, however, it was quite tasty. 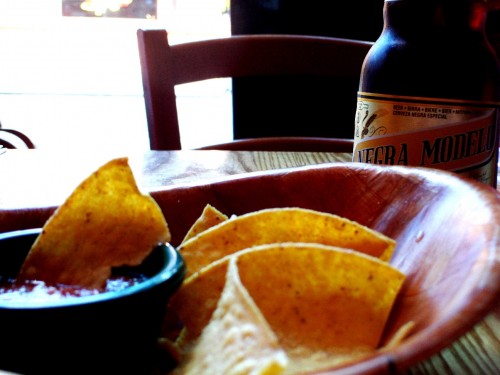 Finally the food arrived. 2 well-stuffed barbacoa tacos in corn-flour tortillas. The taste of the tortillas was, I’d say, 75% authentic at least. It had 2 kinds of red sauce, lemons, onion and coriander. The taste of the tacos was impressively good, they had a strong beefy taste. The sauce wasn’t bad either. However, the rice wasn’t that great. It was lacking a lot of flavour in comparison to the traditional red Mexican rice. Overall the meal was great, but the price was 11 times what you would pay for the same in a Mexican restaurant. I’d recommend it, however, if you live in Glasgow and are in search for something mildly similar to real Mexican food. 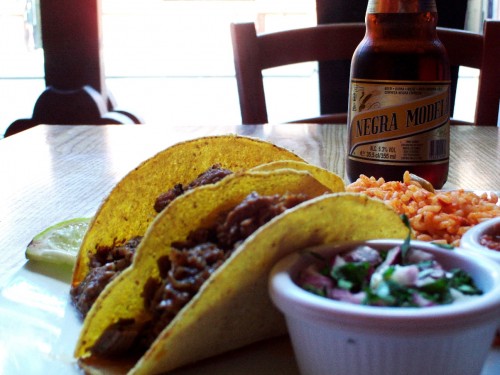 Related Articles
A few things I noticed while visiting Iceland