Last week was a productive one. Lots of work was done, a few things were bought, and a few places were visited. Lately I haven’t been reading that much on the bus. Instead, I’ve been taking a few pictures, trying to get good angles, good views, and interesting focuses. Kind of like the next one: 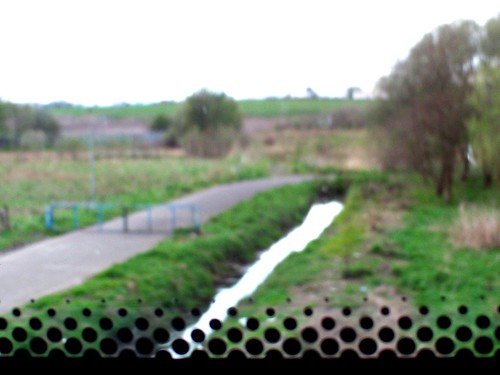 So on Saturday I went to the city centre to look for a place to scan a few documents. I found none and had to resort to taking pictures of the documents, which surprisingly came out passable enough. While I was in the city centre I stumbled upon the following group at Bucchanan street. They played awesomely well, a bagpiper and three drummers. 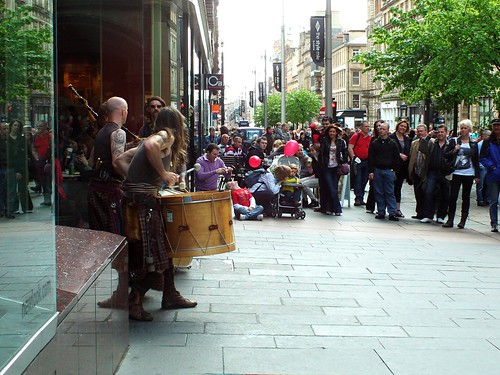 I also happened to be looking for a skateboard. I couldn’t find the shop I had searched for on internet, so I kept on walking until I saw a guy unpacking a new skateboard. I asked him where he got it, he told me that at Argos. I dashed to Argos and got myself a new skateboard. Provides good fun on the way to work and back. Not to mention it saves a bit of time as well. 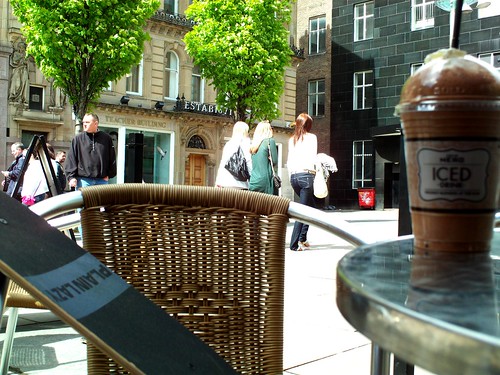